Remember, this is just my opinion.If you disagree with something,feel free to share your thoughts in the comments!

Hello everyone and welcome to a new let’s talk!I always wanted to share my thoughts about DLC,but before doing this i did some research,saw some videos,to look at both good and bad side of the argument.

What is a DLC?

For the few people who don’t know it already,a DLC is a Downloadable content for a videogame.They are made by the developers to add more content to a game,they may ask for money or give them for free,it all depends from developers and the situation.They could be new stories,new costumes,new skins and more.

If you haven’t already,i made a little review for a game who mocks this kind of situation,called DLC QUEST,feel free to take a look if you want!

Why DLC are so popular right now?

Well the perfect answer to this question for me it’s simple,because people want more.

Maybe you’ve completed a new RPG  but you want more quests because it was so good!That’s why when you saw a new dlc with lot of new quests and new adventures,you buy it.So you can play more contents of your favourite game.Or you just want to customize more your gameplay by buying new skins for your multiplayer fps game or new costumes,items and more,so you can have a unique character to represent you.In most cases you’re free to not buy them and still have some fun,but  there are lot of gamers who hate them,but why? Let’s dig more

Why do developers add DLC to a videogame?

Sometimes we have a bad habit,talking about something without looking for both good and bad side.You disagree with dlc?Let’s just hate the developers and telling them they’re thief by doing them,without doing some research first.But try to think like a developer for a second,imagine if your game costs lot of money and maybe the sells aren’t that good,so are the profits,what can you do?Add more content to your game.Dlc can help a game to come back alive,with lot of new contents and features that involve more people to play it again.So the developers gain more money,the players more content,and we are all happy,at least if the developers are like this.

Are all the developers so fair?

Do you think all the developers are so fair and they do this just to gain more money for a bad sale?Of course not.

There are LOT of famous videogame companies,with no respect for the players,who want to rape your wallet.I don’t have nothing against the skins because you don’t have to buy them,the problem is when a game companie release an unfinished product,with lot of content cut off,just to add it later with lot of dlcs.We are not talking about a 10 or 20€ game,but we are talking about games that costs already 60€.With all the contents your game is missing,it will costs you from 80€ to 100€ and more,just to have the complete game you deserved after spending lot of money.Do you want a perfect example?Let’s talk about The Sims 4 by EA.

When DLC are unfair.

Let’s talk about The Sims 4.When The Sims 4 was released,people started notice that LOT of features where cut off,and we are not talking about new features,but features already presents in the previous game,The Sims 3.Do you know how many features were cut off from The Sims 3? 77.Here you can see what is missed:Feature missing from The sims 4.

But where are all this features now?Of course they are all dlc.But let’s do some math and calculate the prices:

So,if you want to buy the complete game,you have to spend a total of 308,64€.But hey,you can still play our more empty and less funnier standard edition,if you don’t want to spend more money!Or you can try our awesome DELUXE edition,wich add 2 dlc,some animal hats and some decorations!For a modest price of 69,90.

All the companies are this bad?

Of course not,there are lot of companies who do awesome dlc for the players!Complete expansions packs worth all the money.But if you can’t afford them,you still have a complete game without any content cut off.Still fun and enjoyable.

Take for example the awesome guys from CD Projekt RED,the creators of The Witcher.They have gifted to all the players,to say thank you for all the support,16 free dlc (Link).This is something beautiful to do,not because it’s free stuff but it’s a gift to all the players who supported them.Lot of companies should take notes from this guys,because you have to remember something,without the support of the gamers,you wouldn’t be here making games.There are people who work hard to buy their games,and have some free content,sometimes,is an awesome reward!Or have a beautiful and complete expansion pack like The Witcher 3:Blood And Wine,worth all the money.Not all this little dlc to fill the wholes of your game. 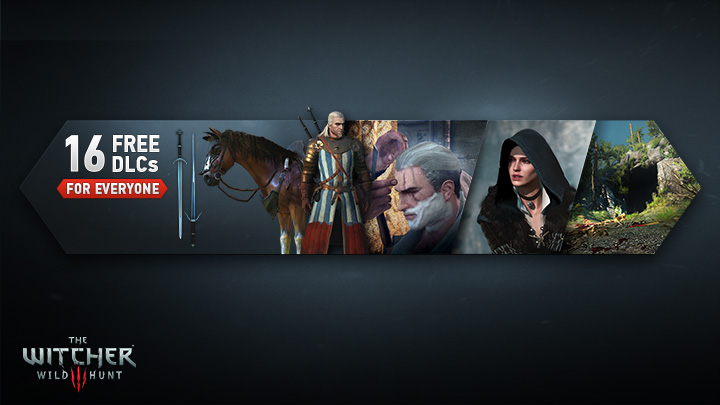 Now i just want to write some lines about day one dlc,because i don’t understand them.Why you can’t include them in the final game,instead of cutting content off after the release?I understand you have to make more money and fast,but try to think like a player for a moment.You’re buying a 60€ game,but you know already that the game will miss content that should be included already,because you’re not spending 20€ but 60€ for this game.And see all this content,before release,cut off from the main game and selled  apart,to me it’s like a betrayal to a loyal costumer,ready to buy your game.Of course you’re not forced to buy day one dlc and you could  just play the game,but it isn’t fair in my opinion for the people who trust you and buy your game at day one.Is this the reward given to the people who trust your work?

This was my general opinion about the dlc system right now,you’re free to explain your thoughts  about that in the comment section.

I’m gonna do more Just some talks because i really like to share my opinions  and discuss about this kind of arguments behind the videogames we play everyday.So hope you will like them

Also i would suggest you to see this video if you want another opinion:The Inconvenient Truth about Modern Gaming – DLC, Microtransactions

Thank you very much for reading,for the visit and also to the new followers!And remember:

Always look both ways before crossing the road

38 thoughts on “Are DLC a bad thing for gaming? Let’s share some opinions”

My Tweets
Join 1,024 other followers
Follow Explore The Gaming World! on WordPress.com